The following list contains all of the awesome places I’ve been since about 1997. Although there are places on this list that I go all of the time (like my hometown, Vermillion, SD), if I’ve included it on this list, it means I was doing something tourist-y.

August: Ireland
Details to be determined... but it's happening!

April: Boston/Providence Area
The second YAY Knitting retreat! There were about 10 of us who came together for the first retreat in 2019 in the Twin Cities and I so excited to travel to someone else's neck of the woods for a weekend of relaxing, knitting, and being inspired by other makers.

November 9–16: Maui, Hawaii
A birthday gift to myself to celebrate that time I birthday-gifted myself a trip to Honolulu 10 years ago.

January 19–February 2: Vancouver • Taiwan • San Francisco
My brother and sister-in-law have lived in Taiwan for 12 years and in October 2018, they welcomed a son, Sagan, to the family. I had to go meet my new nephew! Jason and I made side trips to Vancouver and San Francisco to ease some of the airport delays on our way to and from Taiwan.

August 22–September 3: Scotland
How else would you spend an awesome tax refund when you haven't received a tax refund for the past several years?

April 27–30: Atlanta, GA
I convinced my gal-pal, Crystal, to join me for a quick weekend trip to visit a yarn shop from which I've been ordering online since late-2017. And other hijinx as they are required!

February 8–12: San Diego, California
Remember that resort Jason and I stayed at in Cabo? Well, it's a timeshare... and they enticed us to visit another location with a couple of free nights. But we've talked about visiting San Diego since we started dating!

We're planning for a few extra days to explore the city and surrounding attractions, too.

November 7–12: Cabo San Lucas, Mexico
Yup — we loved it so much that Jason and I are heading back to celebrate our birthdays (which fall within a week of each other).

July 21–23: Boundary Waters Canoe Area (BWCA)
What could go wrong when 10 friends who normally sit around playing Rockband or watching South Park decide to rent a cabin without electricity for a long weekend away?

February 26–March 2: Cabo San Lucas, Mexico
Jason and I essentially spun a globe and put our finger on a random place, which is how we wound up in Cabo for a winter getaway. When can we go back?

December 9–12: Las Vegas
Jason earned a spot in a national poker tournament, so I tagged along — of course!

May 4–6: Mahnomen, MN
Jason participated in a state poker tournament and I looked for bears.

October: Washington DC
Cigna Champions event with Jason and a full day of sightseeing around the National Mall.

June: San Francisco
City sightseeing and a bus tour to Muir Woods and Sonoma with Jason

June: Las Vegas
Attended Cisco Live as an employee between an adventure into the desert of Arizona and an additional personal day to relax and wander the southern end of the strip.

February: Orlando
Attended the 2010 ATP Innovations in Testing conference, but made a little time for Disney when I could.

November: Oahu
For my 28th birthday, I gave myself a trip to Oahu to visit my friend, Jen.

September: Hastings
Day trip with Jason to the Alexis Bailly Vineyard and a classic car show.

July: Hart Lake
Johanna invited me and a couple other friends to her family's cabin for a weekend.

May: Red Wing
Day trip with my mom to admire antiques and sight-see.

November: San Francisco
Attended Adobe MAX and made additional time for sight-seeing and a road trip through San Jose and Monterey.

July: Pacific Northwest
Attended Image Explorations in Victoria, BC, followed by some time visiting my friend, Jen, in Washington.

June: Mille Lacs
Day trip with Rebecca to find a beach on the second largest lake in Minnesota.

October: Boston
Weekend with my sister, Karyn, and our friend, Lynn.

April: Washington DC
Bus trip from Minneapolis to DC to attend the March for Choice rally with very little time for sight-seeing (and a lack of working batteries in my camera).

May: Backpacking in the Black Hills
May session course through the University of Minnesota with my friend, Jen.

March: Greeley, Colorado
Spring break road trip with friends, Kelsey and Jess, to visit Kelsey's friend, Jenny, tour her college, get tattoos in Boulder, and visit Denver for an evening.

Not sure which month: Oklahoma
Family road trip to visit my brother at basic training.

These pages contain content that inspires me and fills me with gratitude. I hope you also find something enjoyable here! 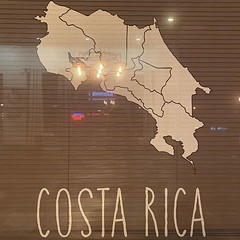 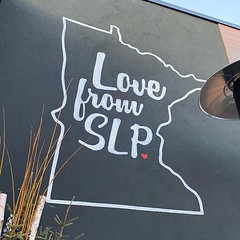 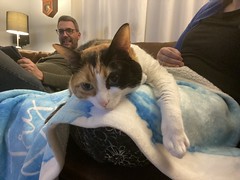 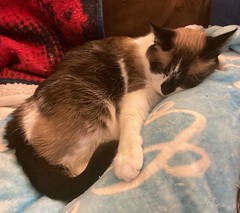 All content copyrighted by Amy Dalrymple. All photos are embedded with a credit or link to the original source unless otherwise noted.